Would you trust a vaccine rushed out just before the November election?

No thanks to the vaccine. So the same guy who called COVID-19 a hoax and suggested drinking and injecting disinfectants is now pushing the FDA to get out a vaccine right before the election. This announcement comes on the heels of his Comrade Putin announcing the Soviets have come up with a COVID-19 Vaccine. And Putin is the guy that successfully dishes up poisons to take out his political rivals. Can you imagine what these two guys can come up with? One an expert on poisonings and the other an expert on disinfectants could come up with. What a witches or warlocks brew this could be. And as long as that guy can say he got something out before the election do you think how many more of us would die. Close to 200,000 of us have already died because of his putting politics before out health. Sadly, some will take the vaccine; After all hospitals reported that some actually did drink the disinfectant after that guy advertised it. 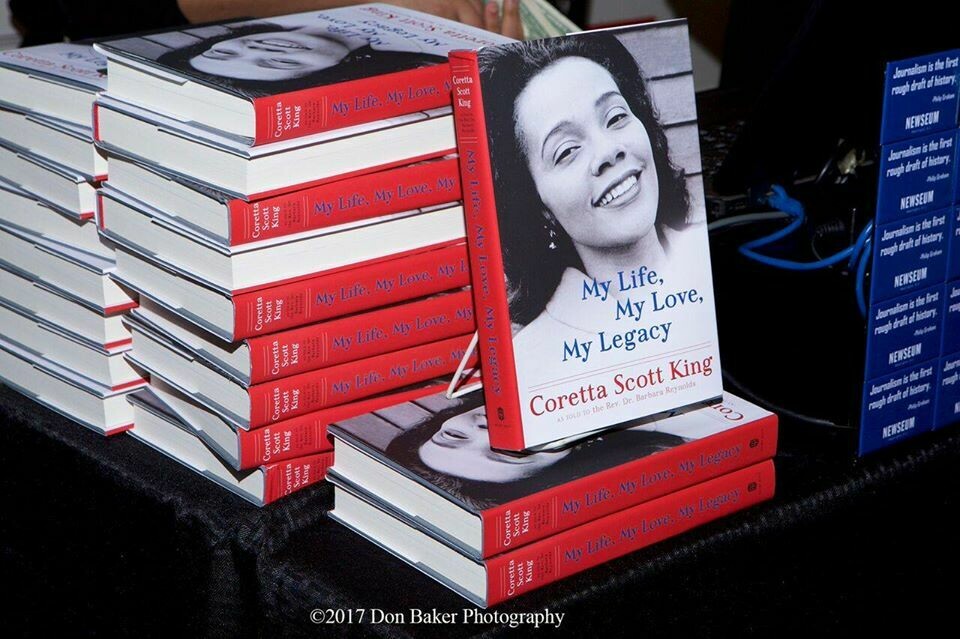 My Life, My Love, My Legacy: The Memoirs of Coretta Scott King

All copies purchased here include:


Born in 1927 to daringly enterprising parents in the Deep South, Coretta Scott had always felt called to a special purpose. While enrolled as one of the first black scholarship students recruited to Antioch College, she became politically and socially active and committed to the peace movement. As a graduate student at the New England Conservatory of Music, determined to pursue her own career as a concert singer, she met Martin Luther King Jr., a Baptist minister insistent that his wife stay home with the children. But in love and devoted to shared Christian beliefs as well as shared racial and economic justice goals, she married Dr. King, and events promptly thrust her into a maelstrom of history throughout which she was a strategic partner, a standard bearer, and so much more.
As a widow and single mother of four, she worked tirelessly to found and develop The King Center as a citadel for world peace, lobbied for fifteen years for the US national holiday in honor of her husband, championed for women’s, workers’ and gay rights and was a powerful international voice for nonviolence, freedom and human dignity.

Coretta’s is a love story, a family saga, and the memoir of an extraordinary black woman in twentieth-century America, a brave leader who, in the face of terrorism and violent hatred, stood committed, proud, forgiving, nonviolent, and hopeful every day of her life.

Save this product for later
Display prices in: USD
2020-09-03
Previous Post: Be a good troublemaker like our hero Rep. John Lewis
Next Post: Power of One Vote