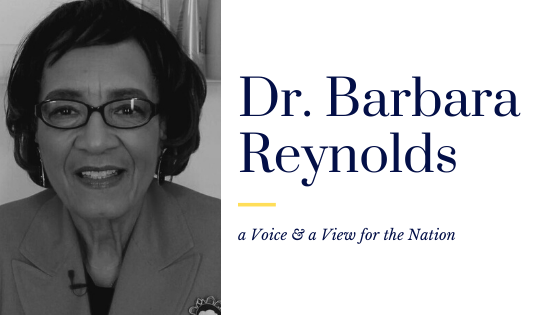 Concentration in Addictions: Building Models of Care for Addicted Women and Their Families

Dissertation:  Harriet’s Children: A Theological Model of Deliverance for Women Addicted to Drugs or Alcohol

Thesis: The Sister Within, Reflections on Women and Spirituality

Completion of 174 hours of training in pharmacology, human development, HIV/AIDS, mental health disorders and related matters as part of Addictions Counselors Training Program sponsored by the U.S. Department of Health and Human Services, Substance Abuse and Mental Health Administration, Center for Substance Abuse Treatment and the District of Columbia Office of Alcohol Prevention and Recovery Administration.

Introduced and established a new curriculum Sept. 2019 : On Where is God in Technology: The Theology of Technology at the Calvary Bible Institute, Greater Mt. Calvary Holy Church, Washington, DC   Contact Dean McNair: 202-529-4547

Activities include lecturing and participating in social justice presentations and working with students on civil rights projects. Contact: Vita Palladino, 617-353-3696

Lecturer at the Barach Bible School Boston, MA, 2015 to present Course sessions include: The History of Blacks in the Bible and also the End Times.

Lecturer at the Calvary Bible Institute, Greater Mt. Calvary Holy Church, 2013 to the present.  Subjects taught include: The Black Presence in the Bible and God and Technology. The End Times.   Contact Dr. Karen McNair, 202-529-4547

Project Director for the AARP Carebuddies Pilot Program which educates, informs and provides resources for those caring for the infirmed elderly. April 2013 to present.

Designed curriculum for Honors Program which included twelve weeks of lectures on the topic “The New World Order: From President Barack Obama to Dr. Martin Luther King Jr”. Within this framework the course explored issues of class struggle, patriarchy, new media, character building, warfare and the Black Church. As a part of the course, I designed a program called TAG (Talented African-American Griots) which consisted of selected distinguished individuals being in the classrooms via telephone to interact with students.

Adjunct Professor- Howard University School of Divinity 2005-2009 Designed curriculum for Prophetic Ministry and the Media. This is a four-hour course that includes a practicum requiring students to create and implement media projects that advance the cause of social justice in such areas from HIV, to Internet Sex, to the dropout rate among African-American males. This course was combined with a three-hour course on Religion and the Media.

2004-2009 Howard University School of Communications and the

Spiritual and Ethical Dimensions of Leadership Initiative Sponsors Dr. Bernard L. Richardson, Dean of the Chapel and SEDL Project Director and Dr. Jeanette Dates, Dean of the John. H. Johnson School of Communications.   Designed and conducted inaugural mentorship program in religion and journalism focusing on the ethical dimensions of leadership. Lectures and provides hands-on instruction in reporting and writing about the impact of religion in society and offers guidance on ethical decision-making in careers and personal life.

Taught news writing and journalism ethics; lectured and held seminars on journalism and civil rights and African-American history; worked with campus radio and television production; and served with the campus ministry. 1997

A Revelation: Walking Backwards Into the Footsteps of Saint Solange by Dr. Solanges Vivens. (Ghostwritten project, published May, 2016.

TECHNOLOGY AND GOD:  How worship of the created is replacing the Creator: a literary work in progress suited for college and church programs. (Expected publishing 2020.)

Out of Hell and Living Well: Healing from the Inside Out: Xulon Press, USA; 2004

Jesse Jackson: The Man, The Movement & The Myth, Nelson Hall

Regular contributor of columns to the Trice-Edney wire service. 2012 to present

More than 100 articles published in Ebony, Essence Magazine, the

National Newspaper Association newspapers and on The Black World Today website under the by-line of Rep. Eddie Bernice Johnson, 1999-2002

The Choice: The Issue of Black Survival in America by Samuel Yette, foreword by Barbara Reynolds, Cottage Books, Silver Spring, MD More than 450 columns, 250,000 words as a columnist for USA TODAY 1989-1996-(see Index)

Portrait of a Real Patriot, profile of Carla Hayden, president of the

Taking a Stand Against Slavery, column, Washington Post opinion page, Sunday, July 15, 2001 (explains why I became the first woman arrested and jailed for protesting at the Sudanese Embassy in Washington, DC)

The Sister Within: The Perennial Dependable Source of

Who Gets in the Debates? Covering the 1996 Presidential Campaign,

Charity Begins Within: Do Something For Yourself, Essence

“I Am Acting in The Name of Martin Luther King Jr.” (cover story of Coretta Scott King) Chicago Tribune, Jan. 1976

Parliament in the Palace of Westminster March 14, 2018, on

March 19, 2018 at the University College, London hosted by

The UCL Culture & Institute of the America; March 20 at

The University of Birmingham, Cadbury Centre for the Public

Delivered the Keynote Address at the 77th annual Reno Nevada Freedom Fund Banquet on the topic “Steadfast and Immovable,” October 14, 2017.

Saluted and given a certificate of special recognition for the Coretta

Addictions, Which Treatments Are Right For Your Patient,” HUH Towers Auditorium, July 20, 2004

Village to Raise a Child,”  Hyatt Regency and Greater Columbus

where presidents from Dwight Eisenhower to Bill Clinton have visited.)

Check out some of Rev. Dr. Babara’s Published Work: