If History is Our Guide, The Good Deeds of Meghan Markle Will Define Her More Than The Color of Her Skin 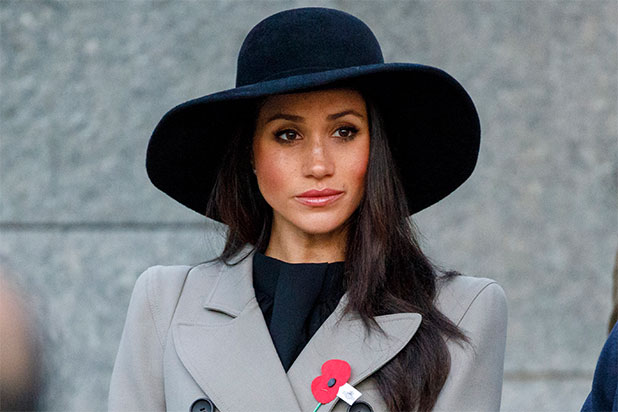 Hopefully Duchess of Sussex Meghan Markle and her Prince Harry will take comfort in the fact that they are not the first royals to be dogged by global controversy. And in time their ordeal will be overcome. Similar racist incidents often plagued Queen Charlotte of mixed race heritage who reigned as Queen of England from 1761 and 1818.

British Queen Sophia Charlotte, wife of King George III, Queen of England for 57 years and a woman of mixed-race heritage, was also subjected to controversy, racism and push-back, similar to the treatment Duchess of Sussex Meghan Markle is experiencing.

She was Queen of Great Britain and Ireland from her wedding in 1761 until her death in 1818. She was also a leading royal in Hanover, a territory within the Holy Roman Empire

Pictures of the queen clearly demonstrated, the German born royal had facial features and hair texture that were more African than European. Nevertheless, she was for the most part highly revered. Originally Rutgers University was named after her. When I toured the United Kingdom last year, schools, statues, eateries and landmarks bore her name. Scores of cities in the United States are named after the black queen, including Charlottesville Virginia where white supremacists attacked black protesters, killing one activist and injuring 19 others in 2017.

There are similarites, however, in the lives of the black Queen Charlotte and Duchess Meghan Markle that are recorded in the book, “Invisible Queen” by Stephanie E. Myers. For example:

 Satirical Cartoons: Queen Charlotte was the subject of satirical cartoons in local British newspapers because of her race and opposition to the sale of sugar during slavery. Duchess Meghan has been satirized in British cartoons, tinged with racist comments about her and her child. One columnist insinuated a money was the royal couple’s newly born child.

 Black Heritage. Queen Charlotte inherited her Black heritage from her mother Elizabeth Albertina, descendent of an African concubine of a Portuguese King. The Duchess’ mother, Doria Ragland,was the daughter of African American parents and grandparents.

 Artistic Skills. Queen Charlotte was a skilled vocalist, played the harpsicord and discovered famous composers. Meghan Markle’s artistic skills are as an actress, in the entertainment

 The first Duke of Sussex was Augustus Frederick, son of King George III and Queen Charlotte. Duke of Sussex is the same title now carried by Prince Harry.

If history can serve as any guiding wisdom, Queen Charlotte is honored all over the world most often with no mention of her racial heritage. Perhaps one day the character and good deeds of Meghan Markle will also define her more than race.,

Readers can learn about comparisons in the lives of Queen Charlotte and Meghan Markle, in the book “Invisible Queen: Mixed Heritage Revealed,” by Stephanie E. Myers, published by R.J. Myers Publishing Company.

The Duchess of Sussex, previously known when she was an actress as Meghan Markle, has been dealing with a lot since she joined the royal family, including persistent racist and sexist attacks both in the media and online. CNN investigated those attacks and found some really interesting stuff. And we have Max Foster, royal correspondent and anchor with CNN, to talk about it from London. Welcome to the program.

MAX FOSTER: Hi, Lulu. Thanks for having me.

GARCIA-NAVARRO: So there are a number of different things here, but let’s start with the media – the tabloids really and how they have been portraying the duchess.

FOSTER: Well, it’s been ongoing. There’s certain articles that really upset both Meghan and Harry very early on, even before they were married. So for example, there was a comment piece in The Daily Mail, which talked about her rich and exotic DNA. There were other stories about her family going from cotton slaves to royalty, a reference to “Straight Outta Compton.” She’s from LA, of course, though, I mean – all the authors of these pieces would deny racism, but it was felt by the couple – this underlying tone, which they felt really uncomfortable with.

GARCIA-NAVARRO: Well, I mean, rich and exotic DNA could be perceived as coded language, but those negative stories then get amplified online in ways that are not so coded. And what do you see there?

FOSTER: What the trolls are doing is they’re exploiting these types of negative stories and fitting Meghan into a narrative, which is that she’s corrupting this institution – this white institution fundamentally.

GARCIA-NAVARRO: So when you looked at some of these accounts, especially on Twitter, what did you see? What did you find?

FOSTER: Well, what we found was that we took 5,000 tweets which contained anti-Meghan hashtags. We found that 20 accounts were driving 70 percent of the coverage. We don’t know how many people were behind those accounts. We don’t think they are bots because they all seem quite tailored, but they’re causing a lot of damage.

GARCIA-NAVARRO: What has been the reaction from the palace and tech companies?

FOSTER: Instagram has helped them with a tool, which allows them to preblock certain phrases, certain images. So they’re working with social media companies. And I think they’re quite uncomfortable with it because they didn’t want to get involved in the moderation to the extent that they are. They knew there would be accusations that they’re trying to just have positive comments. But I think it got to the point where they just had enough.

GARCIA-NAVARRO: Max, I have to point out the parallels to 2016 and what we’ve been seeing here in the United States. The hallmarks are the same. Is there any indication that these attacks are coordinated in some way?

FOSTER: There’s no evidence of that. No, we couldn’t find that. We worked with a group called HOPE Not Hate. And they do a lot of this type of work. They describe it as an echo chamber, where you have like-minded people who are very interactive with each other and sharing each other’s work, you know? Certain groups are using – not just making hashtags but also some political hashtags as well. One of them was Brexit. That turned up quite a lot. Another one was MAGA – Make America Great Again – that turned up a lot. I will say that one thing at the forefront of palace minds right now is a case from the end of last year, where there was an image that was circulated on social media showing Prince Harry calling for him to be shot because he was a race traitor for marrying Meghan Markle.

FOSTER: Now, a BBC investigation suggested that at the center of this case is a neo-Nazi group in the U.K. linked with a U.S. neo-Nazi group. I mean, we can’t go into too much detail because it’s an ongoing investigation, but their fear certainly is that this type of trolling can create a permissive environment. Someone carried out a violent threat. And that’s what they’re most concerned about right now, and they don’t want to give them any sort of platform.

GARCIA-NAVARRO: Max Foster is a royal correspondent and anchor with CNN. Thank you so much.

FOSTER: Thanks for this.

Copyright © 2019 NPR. All rights reserved. Visit our website terms of use and permissions pages at www.npr.org for further information.

NPR transcripts are created on a rush deadline by Verb8tm, Inc., an NPR contractor, and produced using a proprietary transcription process developed with NPR. This text may not be in its final form and may be updated or revised in the future. Accuracy and availability may vary. The authoritative record of NPR’s programming is the audio record.