Blacks Have Two Problems: Them and Us 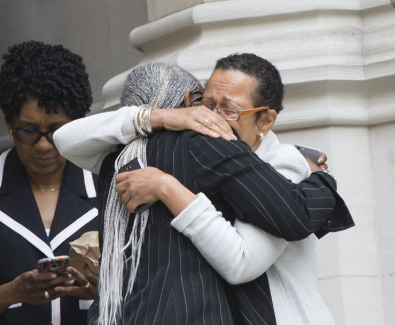 Sheila Lucas, a 71-year-old grandmother is a name you probably don’t know because she was apparently shot in the head and killed by a black person in DC this week.

If she has been killed by a white cop it would be national news, maybe even protests. People are demonstrating against the brutal killing of George Floyd in Minneapolis and we should.

But the death of a grandmother like this is treated as business as usual. No national news, no protests.

Until we can understand violence is not normal and we continue to dismiss black-on-black murder we will lose many valued souls. In the nation’s capital, around where I live many people go to bed every night with the sound of gunshots ringing in their ears, afraid to let their children come out and play. Elderly people cannot go sit on their porch for fear of being killed like Mrs. Lucas Silence will not help this. Black People have two terrible problems.

Them and Us and until we solve both we be merely surviving and not thriving.

As I saw this police murdering George, an unarmed black man, the entire world can see what black men have had to deal with in America for generations. I saw institutional racism sanctioned by the police department brutalizing a man being treated like a dog. With his last effort he said he could not breathe and asked for his mother.

Other cops stood there doing nothing. It made me sick to my stomach.This is a major demonstration of the worst of white society, who have been lynching, jailing our black men, denying their basic humanity that they too are made in the image of God.

His children have to see this, their beloved father. This is horrible and I am proud of the protesters standing up against this. I must, however, employ them to stop the violence and not tear down their own neighborhoods and communities.

If we become murderers we stoop to the lowest level of those who are trying to kill us. An eye for an eye leaves everyone blind.

2020-05-29
Previous Post: She Survived COVID-19, Others in This Story Are Not As Fortunate..
Next Post: Floyd’s Untold Story as a Faithful Christian