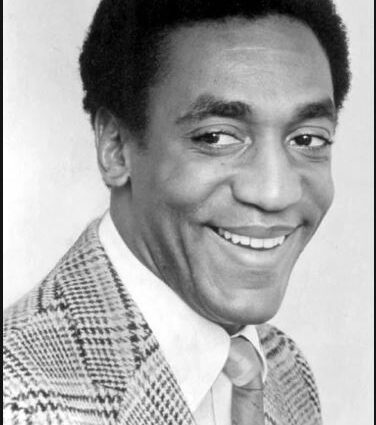 Bill Cosby, born in 1937, won an Emmy in 1965 for his co-star role with Robert Culp on I Spy, one of the first dramatic TV roles for a black actor that had nothing to do with race.

The same year he won a Grammy for Best Comedy Album, I Started Out as a child. In 1984, he launched the Cosby Show which along with his book Fatherhood cemented him as America’s Dad in the public mind, but that was soon tarnished.

Cosby was found guilty of three counts of aggravated indecent assault and sentenced to three to ten years in prison in September 2018. After his sentence imposed for drugging and having sex with multiple young women, his picture was taken down from Ben’s Chili Bowl, a popular hangout for black celebrities in DC.

Still I remember the millions of dollars he gave to black colleges. In 2009, I was delighted to have  taught journalism in the William Cosby Communication School at Central State College in Wilberforce Ohio. In our interview he told me his key to success was “Just do what you like and assume your taste is what the nation will like.” There are many ways to look at that now.

You can read more from our interview in this book:

Out of Hell, Living Well: Healing From the Inside Out

All copies purchased here include:

This is my personal story behind the sound bytes, behind the smiles, and the bright lights. This is a story of what goes on in a troubled soul and a persona drained dry of all self-esteem. It is a story of hellish situations–some I was born in and some I created. The bigger picture, however, is how I not only survived, but also thrived through divine intervention and a spiritual makeover. If you ever felt like you wanted to give up on your dreams, thought that your life would never change; that you would always be rejected or abused, read my story. It will change your life. #innerhealing, #socialjustice