50th Anniversary of King Assassination: Coretta King’s last wish to expose secrets about her husband’s killing is yet unfulfilled 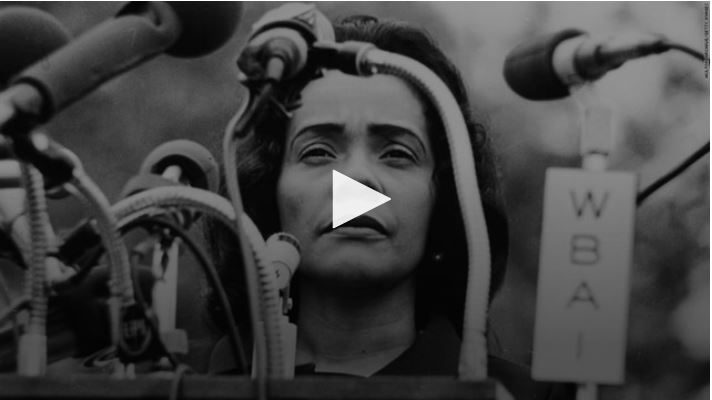 Efforts must be increased to break down the wall of secrecy surrounding the assassination of Dr. Martin Luther King Jr. who was gunned down on April 4, 1968 as he stepped out onto the balcony of the Lorraine Motel in Memphis.

That was one of the lasting wishes of his wife, Coretta Scott King. It was underscored by the findings of a rarely discussed December 9, 1999 jury trial in Memphis which concluded that King was the victim of assassination by a conspiracy involving the Memphis Police Department as well as local, state and federal government agencies, movement insiders and the Mafia. Mrs. King died on January 31, 2006. The secrecy shrouding the death of Dr. King is still in place.

As the nation prepares to commemorate the death of the martyred leader hopefully there should be a renewed effort to bare submerged information that could finally set the record straight about the role of U.S. governmental agencies in a plan to eliminate King, who had emerged as one who millions perceive as the most successful African-American protest leader of the 21st Century.

In a civil suit filed by Mrs. King in Memphis, a jury of six Whites and six Blacks, affirmed the trial’s evidence which identified someone else, not James Earl Ray, as the shooter and agreed that Ray had been set up to take the blame.

“The trial only proved what our family had maintained all along,” Mrs. King told me in her memoir Coretta, “My Life, My Live, My Legacy.”

The jury’s proceeding went on for four weeks. The 2,735-page transcript contains the sworn testimony and dispositions of more than 70 law enforcement agents, reporters, civil rights leaders and witnesses, some of whose statements contrasted starkly with official reports.

Of particular interest was Loyd Jowers, owner of Jim’s Grill, which was located beneath the rooming house where the shots were supposedly fired. Jowers said that he had been given $100,000 by a man with Mafia connections to help provide a cover for the shooting. Jowers said he took the rifle from a man named Raul, moments after Dr. King was shot and hid it under his counter until it was picked up the next morning by the shooter, a Memphis police officer.

More than 2,000 reporters covered the O.J. Simpson trial, but the mainstream media virtually ignored the sworn testimony of law enforcement agents and others who provided important insight into the assassination of Dr. King. The testimony included:

The assassination of Dr. King raises serious question about FBI involvement. After King questioned the FBI’s sincerity in investigating the murder of civil rights activists, Hoover in a November 1965 press conference, shot back with a war of words, condemning King as “the most notorious liar in the country,” as well as a communist.

King quickly became a target of the FBI’s COINTELPRO, an acronym for Counter Intelligence Program that had the stated mission to surveil, infiltrate, discredit and disrupt domestic groups that the FBI deemed subversive. (This was the same high-profile program that led to the dismantling and murder of several Black Panthers.)

One well-reported incident of COINTELPRO was a suicide letter and an audio tape the FBI secretly sent to the home of Dr. King on Nov. 3, 1964, shortly before he was to receive the Nobel Peace Prize. It accused him of committing indecent sexual acts and suggested that the only way King could save himself from national disgrace was to commit suicide. Mrs. King played the tape and said she heard people telling dirty jokes, but there was no reference to her husband.

A 1977 court order resulted in the King papers being sealed for 50 years and despite several inquiries from various groups, the King files reportedly numbering about 700,000 pages are not scheduled to be opened until the year 2027. The sealing only increases fears that many pertinent records will be destroyed before that date leaving many questions unanswered.

Old fears are being rekindled as several reports suggest that the FBI’s COINTELPRO is being reincarnated to monitor, surveil and contain so called, “black identity extremists.” This information using that label was obtained by Foreign Policy Magazine from an unofficial FBI report.

The document, according to the magazine, warns that “black identity extremists” pose a growing threat to law enforcement and that police attacks on Black Americans could spur “premeditated, retaliatory lethal violence” against the police. As confirmed in The Root, the August 2014 shooting of Michael Brown in Ferguson, Mo., was the catalyst for widespread violence, the FBI report says, concluding that continued “alleged” police abuses have fueled more violence.

While the report didn’t specifically mention Black Lives Matters, it is difficult not to connect the dots. There are several Black Lives Matter activists who report being put under surveillance, which sounds like the tactics of CONINTELPRO created to neutralize the activities of Black activists.

Mrs. King called for all files to be opened to finally lay out all the “facts pertinent to the truth of who killed my beloved Martin.” So far, her wish has been denied. And like in so many denials, history could well be on the way to being repeated.